Tom undertakes a full range of professional instructions with particular interest in: 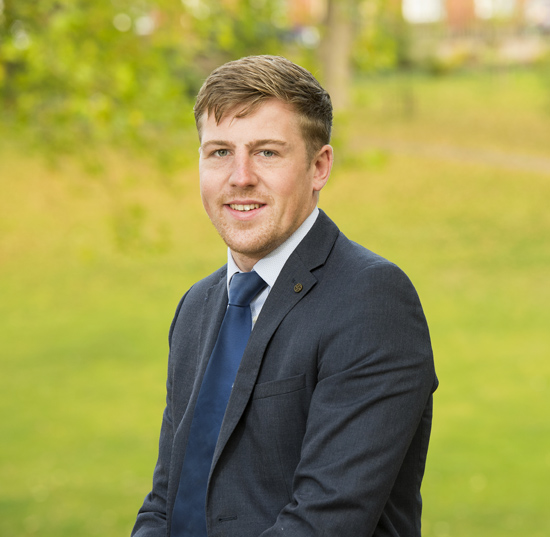 Tom grew up on the family farm near Tarleton so was involved from a young age in the growing and packaging of salad crops.

Whilst still interested in the farm he chose to follow in his grandfather Tom’s footsteps in pursuing a career in Land Agency. Tom worked in Cheshire and Durham before returning to settle in Tarleton in early 2017.

In his spare time, Tom is a keen sportsman playing Rugby Union for Tarleton RUFC then playing Rugby League in the summer months.  Tom enjoys wildfowling, is a member of Southport and District Wildfowlers Association as well as shooting on the family clay pigeon shoot.  Tom is also obsessed with motorbikes in particular Moto GP, the Isle of Man TT and Moto cross bikes.

2017 – Fellow of the Central Association of Agricultural Valuers

2018 – Professional member of the Royal Institution of Chartered Surveyors